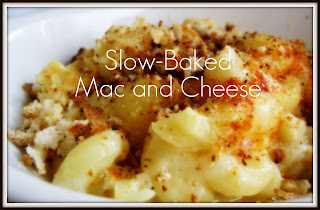 Happy Monday! And my second official Magazine/Cookbook day! awhoohoo! This week I wanted something easy because I was focusing on cupcake making.... more on that later ☺... So I picked a recipe from a cookbook that I have had for awhile but have actually never used, "Not Your Mother's Slow Cooker Recipes for Two" by Beth Hensperger. It has lots of yummy ideas for crockpot recipes. I selected a mac and cheese recipe because my fridge runneth over with cheese right now. The recipe calls for shredded Italian fontina cheese, I had left over shredded Italian four cheese blend which I figured would work just as well so I subbed it in the recipe. My total prep time was about ten minutes and that included precooking the macaroni noodles. Not bad! The mac and cheese cooks relatively fast compared to most slow-cooker recipes, it was completely done in about two and a half hours. As far as taste goes, it was probably about an 8 out of 10. I think that if I had used the fontina cheese it would have been more flavorful. I also added in some spices as the recipe only calls for ground black pepper, I put in some oregano, and a sprinkle of chili powder. I wish I had some fresh oregano to sprinkle on because that would've been amazing! Maybe mix in some chopped baby tomatoes too... Next time! And there will be a next time because all in all this was a good basic mac and cheese recipe and so easy to throw together. So yes, 8 out of 10 and it's a keeper. What did you cook today? Anyone else trying out some yummy or not so yummy cookbook recipes? Feel free to share! Have a wonderful first day of the week!
Slow- Baked Mac and Cheese
Recipe Courtesy of "Not Your Mother's Slow Cooker Recipes for Two" 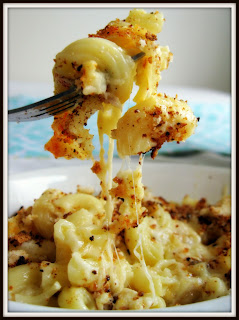 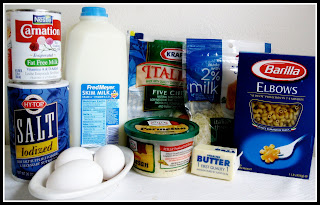 Spray the inside of your slow-cooker with cooking spray or grease it with olive oil. Combine milk, evaporated milk, eggs, butter, and salt in slow-cooker and whisk until until smooth (or you can use an immersion blender to do the whisking for you). 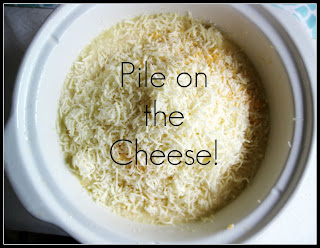 Add the shredded cheese (not the Parmesan) and macaroni, sprinkle with black pepper (and whatever other spices you want to use). Stir gently with a spatula to coat evenly. 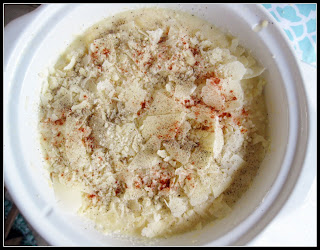 Sprinkle the Parmesan cheese on top. Cover and cook on HIGH for 30 minutes.

After 30 minutes, reduce the temperature to LOW and cook for 2 to 2 1/2 hours, until custard is set in the center and the pasta is tender. The macaroni and cheese may sit in the cooker on the KEEP WARM setting for 30 minutes before serving. Before dishing it up, I sautéed some bread crumbs with olive oil and sprinkled them over the top to make it a little fancier. 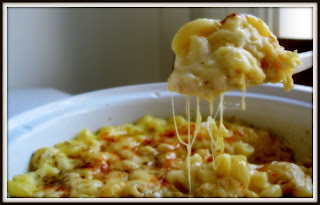 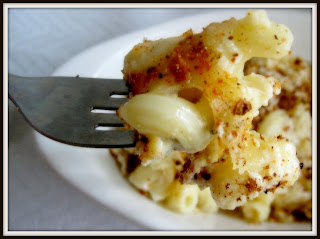 Mouthwatering Monday
Posted by Elizabeth at 12:00 AM 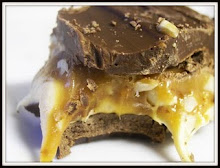 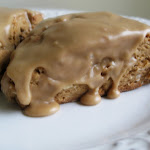 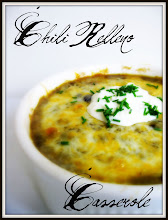 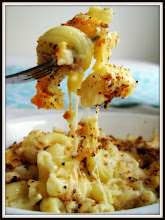 Poke around a bit...